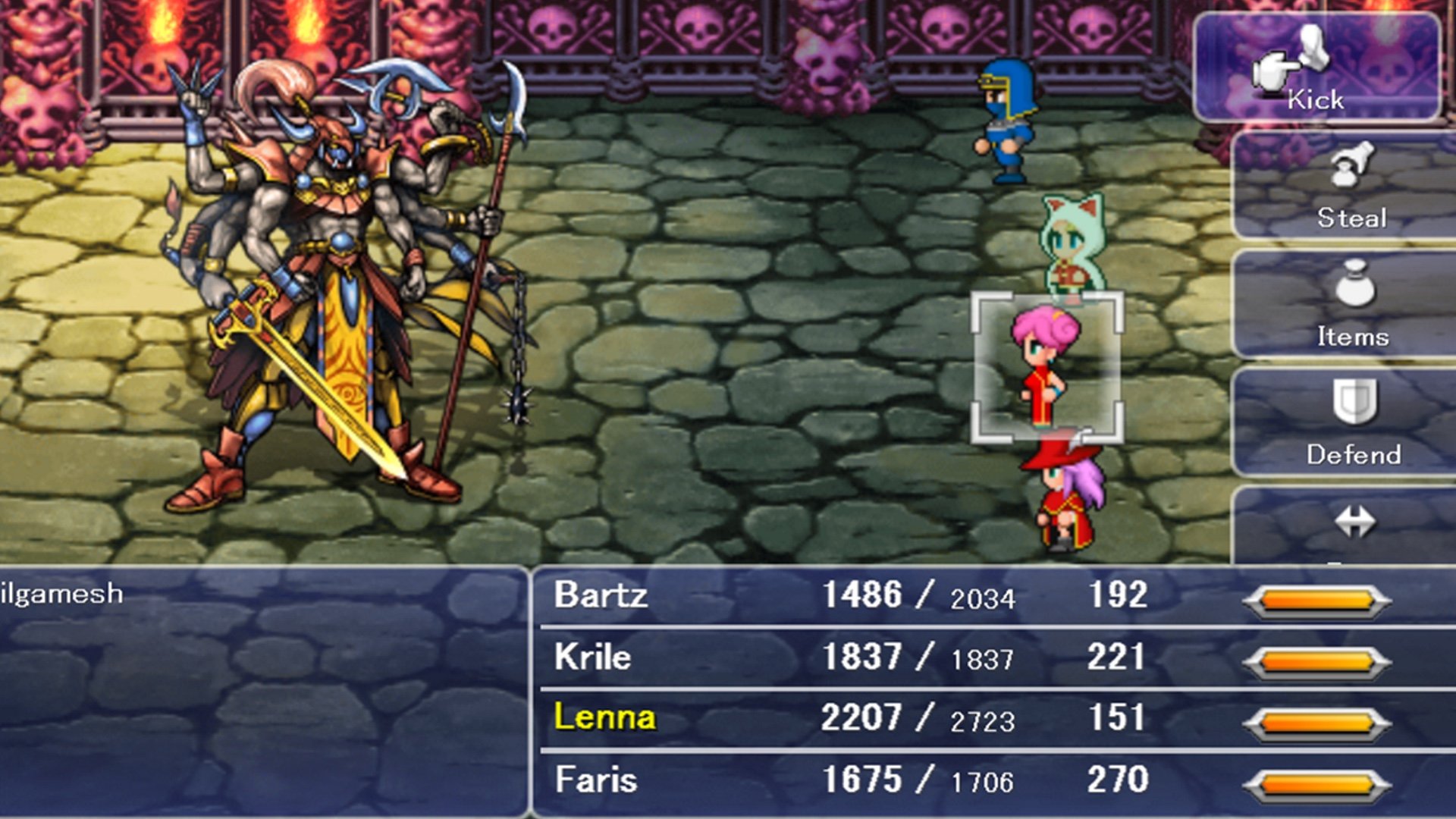 Ever wish life was more like a Final Fantasy game…well, minus the emo? Think about it for a second…say you’re like $100 short on rent. No problem! Grab your sword or gun or…Moogle Doll and head out into the nearby forest, kill a few Goblins or..trees with faces, and BAM! You just made that missing $100 AND you happened to find a dagger in the process! SCORE! How about this…say you wake up one day, look at yourself in the mirror and say “You know what? I’m tired of being a damn Time Mage…I’m gonna be a Geomancer instead!”. With the snap of your fingers, you have changed your job from Time Mage to Geomancer! It’s concepts like that is why so many gamers nowadays wish that real life was as interesting and fun as depicted in most RPGs; the Final Fantasy series being the most notable. With that said, let’s take a look at Final Fantasy V!

Released for the Japan’s Super Famicom in 1992, Final Fantasy V didn’t see an official US release until 7 years later on October 5th, 1999. It came packaged with Final Fantasy VI in a collection called Final Fantasy Anthology for the PS1. Later on down the road in November of 2006, the Gameboy Advance got a enhanced and remade version of V, that had a few new features thrown into the mix. Recently on November 22nd of this year, PS3 owners were able to download the PS1 version of Final Fantasy V off of the PlayStation Network for the meager price of $9.99! Sexy deal!

Now, I know what you’re probably thinking “But Beau, you sexy and wonderful Demi-God of all that is Man…why so much focus and love for Final Fantasy V?”. Well, FFV set the bar and grounds for future RPGs with the ability to change your Job Class. Don’t know what that is? No problem, I’ll explain!

Before FFV, the previous Final Fantasy games had characters that were a set, unchangeable Job Class. For example, in Final Fantasy IV the character Kain Highwind was a Dragoon class. You couldn’t change him to..say a Black Mage, could you? Nope, he was stuck as a Dragoon. However, Final Fantasy V changed all that. It gave players the opportunity to change their Job Class anytime as well as customizing their load-out, like let’s say a character with the Knight job who has also earned job levels as a Black Mage may set Black Magic as a secondary command, enabling both Black Mage and Knight abilities in battle. In order to do something like that, you have to level up your Job Class and to do that, you need ABP or Ability Points. Characters gain job levels after accumulating ABP; as with regular levels, the required amount of experience increases after each job level. With each Job Level Up, you gain access to new abilities which further the ability to customize you characters. However, ABP and job levels do NOT carry over to other classes, so you will definitely have to ABP Grind or at least know what set-up you want for your party for the rest of the game.

The battle system is more akin to its predecessors, especially flow of battle. Final Fantasy V uses the ATB or “Active Time Battle” system that was created by Hiroyuki Ito and patented by Square-Enix. First implemented in Final Fantasy IV, the ATB was widely used up until the release of Final Fantasy X, in which case the ATB was scrapped for X’s “Conditional Turn-Based” system. How ATB works is on the battle screen, each character has an ATB meter that gradually fills, and the player is allowed to issue a command to that character once the meter is full. Because enemies can attack or be attacked at any time, and the player can lose his turn if he/she doesn’t attack quick enough, urgency and excitement are injected into the combat system. So, before the battle systems that are out for RPGs nowadays where you can sit on your turn, run to grab some tacos and come back to your characters still alive and sitting there waiting for you to decide what to do, you had to think about what you wanted to do before you did it. Yes kids…a game that actually makes you THINK! gasp Oh no! Heh heh…

The story behind FFV is actually pretty good too. Almost as good as Final Fantasy VI’s! Final Fantasy V begins on a day when the world’s wind currents begin to slow and stale. Deeply troubled by this occurrence, the king of Tycoon makes ready to travel to the Wind Shrine on the back of his drake, quelling the worries of his daughter, Princess Lenna (Reina in Final Fantasy Anthology). Upon arriving at the Shrine, the king bears witness to the Wind Crystal shattering before his eyes.

Meanwhile, a young traveler named Bartz, resting in the woods near Tycoon, beholds a meteorite plunge to the planet’s surface just outside the castle. Bartz promptly investigates, discovering a young woman, Lenna, lying unconscious from attack. After rescuing her, they discover an old man in the debris with partial amnesia named Galuf. Lenna explains that she had been on her way to the Wind Shrine after her father. Galuf suddenly recalls that it was his original destination as well, opting to accompany her. Though the trio part ways, Bartz soon encounters Lenna and Galuf again assaulted by monsters in a quaking valley. The three travel together, finding all land routes blockaded by the upheavals caused by the meteorite’s fall. Exploring an underground cavern, they encounter a den of pirates and their leader, Faris. With the help of the pirate captain, the group makes its way to the Wind Shrine to discover the shattered Crystal, but no sign of the missing king. The shards react to their presence, however, and an image of Tycoon appears, explaining to them that they must protect those Crystals that yet remain.

You know, it’s funny to me that it’s always some fallen god, cosmic entity or an inanimate object that seems to alter the life of random people by tapping them to become saviors of the world. I think I would probably freak out if one day my toaster decided to say “Beau…you must go on a quest to save humankind against an intergalactic threat!”. At that point, I’d probably down a shot or two of Tortuga and go back to sleep…while crying in a fetal position about what just transpired. shudders Scary…

Like most of the other members of its family, Final Fantasy V is a gem and a must-have/own/download! It’s a fantastic combination of drama, action and memorable one-liners. It does have a good bit of twists too, but nowhere near as stupid as an M. Night Shyamalan twist. The characters are very memorable and the game boasts a very good balance of difficulty and ease. If you are looking for an enjoyable challenge, then this is the game for you! 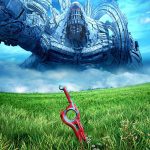 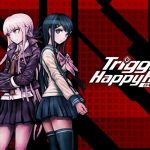