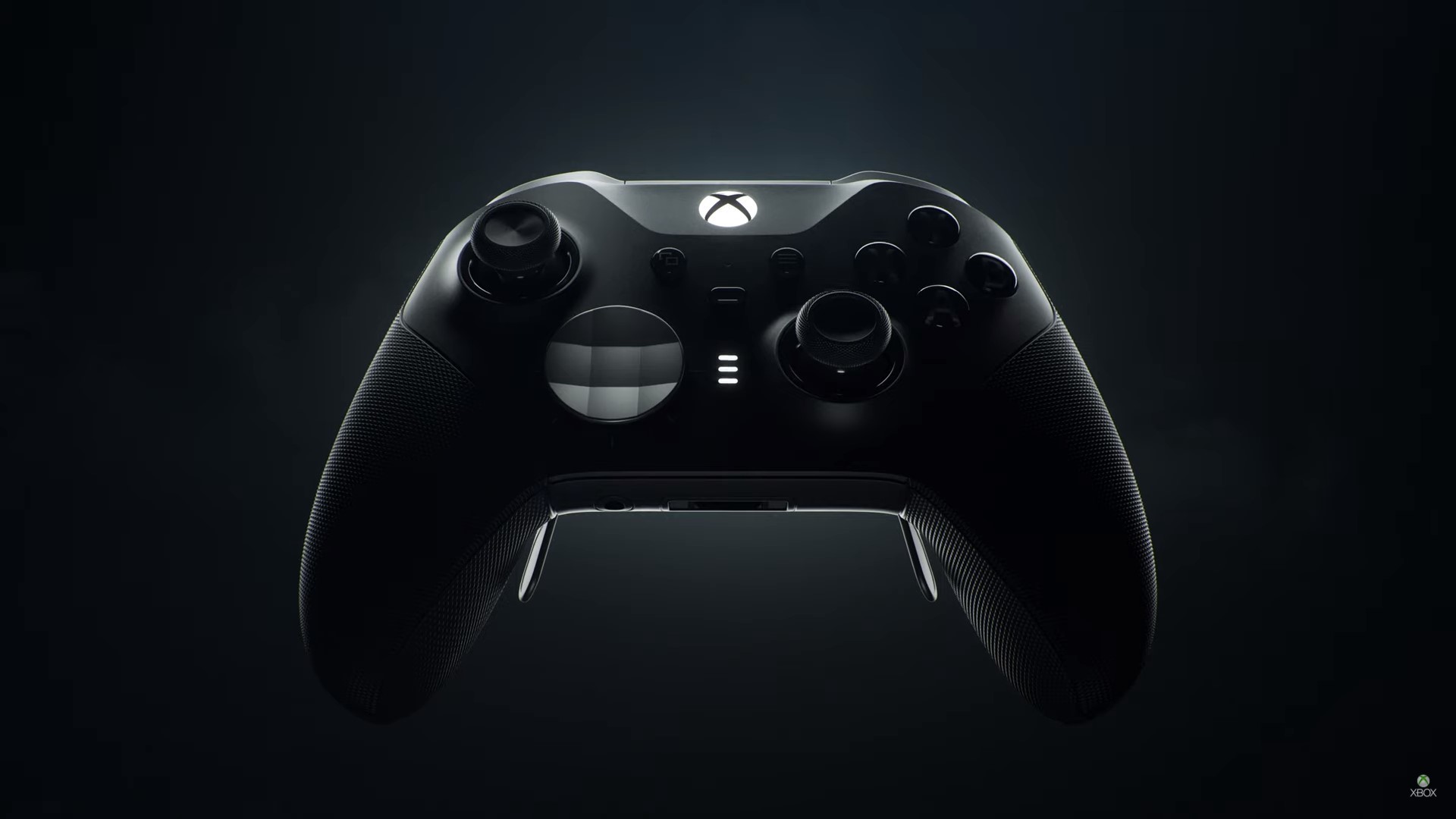 This controller is awesome.

Probably getting a little ahead of myself, but after having used Microsoft’s new Xbox One Elite Controller for the last few days in a variety of games, the thought I fall back on most is that this controller is a delight to use. It’s not without its flaws – or should I say, learning curves, but I really do love using it.

Everything about the controller feels well made. The buttons have a satisfying click, the thumbsticks bounce perfectly back to the center as if standing to attention, and the ability to switch the thumbsticks, D-pad, and the newly added paddles out with magnetically snapping alternatives is fantastic.

Then there is the profile switch, awesome grip texture, and a lengthy USB cable. Oh! and to top it all off, the controller comes in a very handy, reasonably sturdy case – a brilliant and practical place to store everything that comes with it.

Weight, Feel, and Smoothness of Operation

If you’re familiar with the feel and weight of a standard Xbox One controller, you’ll immediately notice that not only does it grip better and feel great, but it has a little more weight to it. When I first picked it up, one of the biggest concerns I had was that it would be irritating to hold for longer gaming sessions. Well fret not, after several 6 to 8 hour stints, the weight never became an issue, and will likely be the case for most gamers out there.

Coming in at approximately 348g (give or take, depending on the different attachments), this extra weight could be a downside to some users, but I found it to be well-balanced, and personally liked the heft. Best of all, I don’t feel like it would bend and snap during a heated moment of frustration – at least not as easily as the standard X1 controller.

I found the interchangeable thumbsticks and D-pad – one of the Elite’s most talked-about features – to be an inspired addition to the controller. I absolutely adore having the ability to switch in one of the tall concave thumbsticks to replace the short right stick for when I play first-person shooter-type games – it may be all in my head, but I just feel like I have a little more control with my aim using it.

These aren’t just two different heights for your standard concave thumbsticks, there’s also a pair of short convex (domed) options. The sticks also have a strong pull towards the center, allowing for what I felt was a greater level of control over where I aimed.

D-pad options include a standard plus sign, as well as a faceted design (the concaved circular one). I particularly love using the latter – it has a really nice smooth surface, and clicking a directing feels great. Did I mention that each of the removable items are magnetic? This means that they snap perfectly in and out of place with minimal effort – so cool.

Paddles and Switches, Oh My

Along with the interchangeable thumbsticks and D-pads, the Elite also come with four hot-swappable paddles that snap magnetically into place on the underside of the controller, which could really change the way you play games.

Why add extra paddles, you might ask? That’s simple – for players to assign one to four of the other buttons on the controller to them so you don’t have to take you fingers off the triggers or thumbsticks when you want to execute an action. For example, throwing grenades, reloading, zooming – all moves that are usually relegated to the bumpers, face buttons, or D-pad – can be mapped to the paddles instead.

This is made even better with the profile switch that has been built in. Located between the Back and Menu buttons is a switch with 2 options. These options are two programmable profiles that work with the Xbox Accessories App (available on both the Xbox One and Windows 10), and allow you to change the controllers entire button layout, and/or change thumbstick sensitivities at the flick of a switch – amazing for people who, for example, want one set for when they’re running around a map, and another for when they jump in a vehicle, or perhaps a different layout for two separate games.

Personally, I set myself up singleplayer and multiplayer layouts for Halo 5: Guardians. For singleplayer I had the D-pad’s down button mapped onto a paddle, making the ping far easier to execute and the search for the collectables scattered throughout the map a breeze. I really hated moving my thumb from the left thumbstick down to the D-Pad to do that ping every couple of steps while conducting my hunt.

For Multiplayer, I mapped the grenades and reload button to two paddles, which allowed for what felt like a far smoother experience. That’s the beauty of every button being configurable; you can play around with different layouts until you find one that works well for you.

I can see the paddles being incredibly useful for professional or serious players, but for your average gamer like me, it feels like they get in the way more often than not, and make it difficult to really grasp the controller tightly. Luckily it’s possible to play with any number of paddles you want, so for me, snapping one or two on instead of all four was a nice compromise, and still felt good.

Another great addition is the hair trigger lock, which reduces the amount you need to pull the trigger to fire a shot, allowing for easier-to-accomplish rapid firing in FPSs. Then, at the flick of a switch, you can be back to having the full arc on the trigger for racing games that require a finer touch. It’s also nice that you can apply the switch individually to both the left and right triggers; this is such a wonderfully customizable device.

The final pieces of the puzzle are the batteries and the included USB cable. The fact that this controller didn’t come stock standard with a rechargeable battery is pretty annoying, and the batteries that come with it seemed to last no time at all, even though I had the cable connected the entire time. They were honestly the biggest downside to this otherwise spectacular piece of tech.

The USB cable, on the other hand, is fantastic! It clocks in at just over 2.7m long, and unlike the normal play-and-charge USB cables, I found this one doesn’t crink at all. It occasionally has to unwind a bit, but that’s a tiny downside for lag-free cable connectivity that allows for a great range of movement.

The Elite Controller can also be used on Windows 10, and is automatically picked up when connected to the PC by USB cable. No setup or additional installations are required, at least to use it as a standard Xbox Controller, but if you want to use the paddles or custom configurations, you’ll have to download the Xbox Accessories app from the store.

As for how it played on the PC, all I can say is that it worked great. I tested it in both Mad Max and Metal Gear Solid V: The Phantom Pain, and they picked it up with no issues at all. I can definitely see myself using this for the PC version of a game like Star Wars: Battlefront – keyboard and mouse for the ground combat, and Elite Controller for when I take to the skies! I can’t wait to try that out.

So here’s the nuts and bolts of it. Is the Xbox One Elite Controller worth the launch price of $199.95 at retail? Before I got my hands on it, I likely would have given it a miss, but after spending about a week playing around with it, I have to say that it would be ideal for professionals and players wanting to get into that realm. It’s not only a phenomenal price for what you get, but one of the best controllers I’ve ever used.

For your average gamer, it’s a bit more of a sell, but if you’re picking up a new, spare, or replacement controller, then it’s certainly worth thinking about – or throwing in your birthday / Christmas wish list. If you’re not the type to worry about configurations, sensitivities, and the like, then it’s not really for you – and that’s perfectly fine.

This is a high-end gaming controller, and honestly, with the quality of the case, magnetic and interchangeable options, addition of the paddles, trigger lock, profile switch, grip, and everything else about this device, I’d say it’s more than worth its price – as long as you’re the type of gamer that will make use of the features. 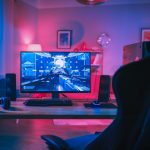 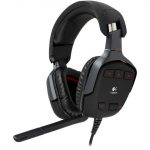 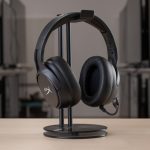 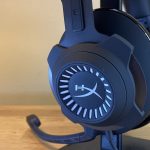