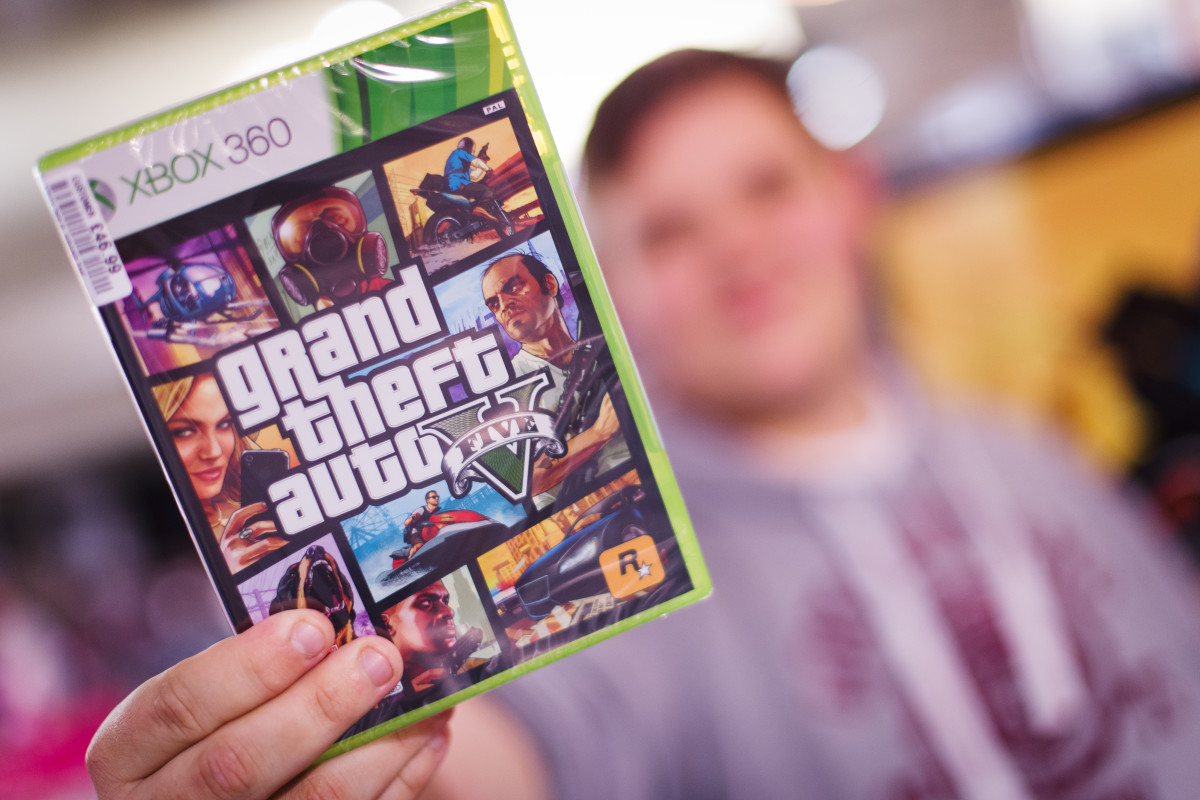 For gamers, the debate over whether violent video games make players violent is as old as time itself. Many have probably heard this argument from their parents, teachers or the news. Every time the perpetrator of a horrible act is discovered to be a gamer, newspapers and pundits wonder if the killer’s taste in video games had anything to do with their actions. Over the course of decades, research on video game violence has pointed in both directions, some of it suggesting games do cause aggression while others suggest the opposite. So where does the debate currently stand?

Below are four reasons why the debate over whether violent video games incite real violent behavior from players is almost certainly over. While I believe researchers will continue to pursue the question of media’s effects on behavior for quite some time, what we know about games, violence and the public discussions surrounding both topics points to a startlingly simple conclusion: games don’t cause violent behavior, and, in fact, are more healthy than harmful.

Many studies that suggest violent video games cause aggression are methodologically flawed.

You can find dozens of studies suggesting that playing violent video games (hereafter referred to as VVGs) increases aggression. Take this one published in The Journal of Experimental Psychology for example. In this study, one group of gamers played VVGs, while the other played non-VVGs. The VVG players played their games for 20 minutes a day, for three consecutive days. At the end of the study, participants were invited to play a competitive game with a laboratory confederate (a researcher posing as a normal person). If the participant won, they were granted the option of blasting an unpleasant loud sound at the confederate through earphones. The study uncovered that VVG players blasted their opponents with the loud sound longer than those of the other group, suggesting that they were more aggressive, at least in the short-term.

Case closed right? Well, as it turns out, there are lots of reasons why this, and other similarly structured studies, are not all that revealing. According to Christopher Ferguson, a psychologist at Stetson University in Florida, the ways in which the effects of VVGs are studied in laboratory settings not only create unrealistic video game experiences, they may also make the small indications of aggression they test for inevitable:

“The degree to which laboratory studies faithfully capture the media experience is also debatable. Many such studies provide exposure to only brief clips of media, rather than full narrative experiences, in which violence exposure is outside of a narrative context. The resultant aggressive behaviors are also outside a real-world context, in which the aggression appears to be sanctioned by the researchers themselves, who provide the opportunity for aggression. The close pairing of clips of media violence with sanctioned aggression asks may also set up demand characteristics that may explain the small effects typically seen from such studies.”

Ferguson’s points should make perfect sense to gamers. After all, who sits down and plays a game for only 20 minutes? What if the player gets frustrated with the controls, or the game itself? And if the violence of the game in question is experienced outside of the context of the larger game, couldn’t that change the results of the experiment? It’s like getting participants to play the torture mission from Grand Theft Auto V without all the moments of character development, humor and not-so-subtle social commentary the franchise is known for. Following up these short gaming sessions with the opportunity for aggressive tasks also seems like it could introduce confirmation bias that academic research typically aims to avoid.

The link between violent video games and real violent behavior is virtually nonexistent.

Then there’s the claim of the link between VVGs and violent behavior itself. Even if we pretend for a moment that these studies employ sound measurements of aggression, do their results indicate a causal link to violence? Many studies which assert VVGs cause increased aggression point to physiological changes in gamers which precipitate real-world violence. Gamers’ heart rates and blood pressures increase, their adrenal glands release adrenaline and brain scans reveal decreased activity in the prefrontal lobe, which regulates inhibition, self-control and concentration. These results are usually absent in participants of control groups, who play non-VVGs or no games at all.

But does that really prove anything? If heart-pumping, adrenaline-releasing and lobe-inhibiting stimuli are signs of increased aggression, then riding a roller coaster would seem to be as pernicious as playing a VVG. There’s also the ambiguous definitions of “aggression” that plague these kinds of studies. When most people talk about aggression in society, they talk about things like school shootings, rape or assault. When psychologists talk about aggression, they talk about feelings, thoughts or actions that are arguably too non-threatening to be considered anywhere near truly violent behavior. Yet, these results come with conclusions that claim VVGs cause aggression, increase the risk of violent behavior and even call games “a public-health threat to children and youths, including college-age individuals,” when, in fact, this link has never been proven, and likely never will.

The Supreme Court highlighted this lack of causal evidence in Brown v. Entertainment Merchants Association, a 2011 case in California over whether stores could be fined for selling rated Mature or Adults Only games to minors:

“The State’s evidence is not compelling. California relies primarily on the research of Dr. Craig Anderson and a few other research psychologists whose studies purport to show a connection between exposure to violent video games and harmful effects on children. These studies have been rejected by every court to consider them, and with good reason: They do not prove that violent video games cause minors to act aggressively (which would at least be a beginning). Instead, ‘[n]early all of the research is based on correlation, not evidence of causation, and most of the studies suffer from significant, admitted flaws in methodology.’ They show at best some correlation between exposure to violent entertainment and minuscule real-world effects, such as children’s feeling more aggressive or making louder noises in the few minutes after playing a violent video game than after playing a non-violent video game.”

If that wasn’t enough, in 2013, Ferguson, along with 228 other media scholars, psychologists and criminologists sent an open letter to the American Psychological Association, asking them to review their resolution advocating that “all violence be reduced in video games and interactive media marketed to children and youth.” The group argued that the APA’s previous policy statements on the effects of video game violence on society “delineated several strong conclusions on the basis of inconsistent or weak evidence.”

There are much better explanations for violence in the United States than violent video games.

This isn’t to say that investigations into what causes violence in our society are not important. It’s that the consumption of media doesn’t hold a candle to other, more dangerous problems in society. In fact, the idea that media has a large effect on peoples’ behavior in the United States was popularized by a man named Fredric Wertham. Wertham was a psychologist in the 1950s who argued in his 1954 book “Seduction of the Innocent” that comic books were pulling youth into delinquency and debauchery.

The only problem is Wertham completely fabricated many details of his case studies. Children who he asserted were damaged by the corrupting effects of comic books had their ages and quotes altered, and were sometimes wholly created out of the testimony of many children. Nevertheless, his book soon inspired the U.S. Senate Subcommittee on Juvenile Delinquency, which led to the de facto censorship of a thriving comic book industry in the form of the Comics Code Authority. Since then, media has become the scapegoat for many acts of violence (especially those committed by youth), including comics, rock ’n roll, heavy metal and now VVGs.

Clearly, Wertham’s idea that media nurtures deviant behavior took root in America, but there’s a way to show that VVGs have had almost no effect on youth violence. If VVGs did cause violent behavior, then based on the popularity VVGs have achieved, shouldn’t we be witnessing an epidemic of youth violence? Ferguson’s research also investigated this question, and included a comparison between the sales of games (the most popular of which were usually violent) and trends of youth violence from 1996 to 2011. Interestingly, Ferguson found an inverse relationship between video game violence consumption and youth violence in society, meaning youth violence actually decreased with increased sales of VVGs.

Now, keep in mind that Ferguson’s study is correlational, and doesn’t prove games caused kids to be less violent. But what it does do is demonstrate the clear lack of evidence in favor of the idea that games cause violence. It seems, then, that spending time debating whether VVGs cause violence is a waste when there are already problems out there that have a much more solid connection to violence, such as poverty, early-childhood education, unemployment, and yes, guns.

The cognitive benefits of violent video games are much more substantiated than the aggression link.

While the link between VVGs and aggression has been shown to be quite weak, the evidence of the cognitive benefits of video games is abundant, especially in action games. Boston College professor Peter Gray defines action games as games that “require players to move rapidly, keep track of many items at once, hold a good deal of information in their mind at once, and make split-second decisions.” Unsurprisingly, most VVGs tend to be action games, but what is surprising is they provide even more benefits than so-called “brain games” that are designed specifically to improve cognition.

A literature review from the American Journal of Play provides a short list of these benefits:

I imagine this is not even close to all the benefits of gaming that exist, or that we have yet to discover. As gamers know, even violent games can provide a satisfying mental workout and catharsis without causing violent behavior. Of course, gaming is not a panacea for all ailments and illnesses. Obesity and other undesirable problems can arise out of excessive or pathological gaming. But when it comes to instigating aggressive behavior, violent video games cut, stab, slice, shoot and generally eviscerate the pile of research suggesting they do. 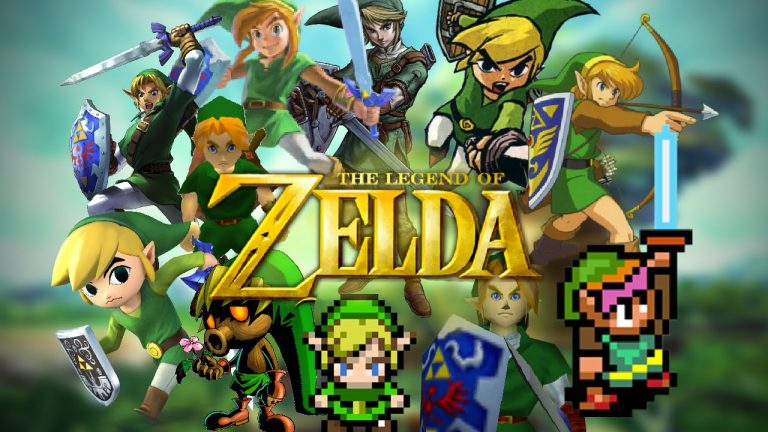 The first in the series, the Legend of Zelda is an action-packed, fantasy and adventure game that was developed in 1986 by Japanese game designers Takashi Tezuka and Shigeru Miyamoto for Nintendo. 18 sequels, some spinoffs, an American animated TV series, and multiple manga adaptations later, the Zelda franchise has gone on to achieve world…